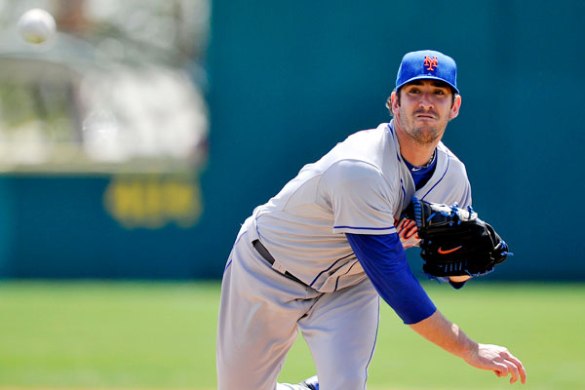 A torn UCL is the last thing any pitcher, manager, GM, owner and fan wants to hear – especially when it’s about your phenom ace. But that’s what Matt Harvey was a diagnosed with on Monday, effectively shutting him down until at least 2014 and possibly 2015 if surgery is necessary.  The majority of pitchers who suffer a torn UCL (even partially) eventually undergo Tommy John surgery and I’m assuming Harvey will be no different.

Obviously this is very discouraging news. Right as I was beginning to get very excited about the future, this news breaks. The future is still bright but that future is largely dependent on Harvey. Too many times in the past, pitchers have burst onto the scene, suffered injuries and never were the same. Joe Posnanski outlined a slew of examples from throughout baseball history here.

Thanks to modern medicine, Harvey has a great chance of rehabbing and returning to form, whether he undergoes surgery or not. But the risk still remains that he never returns to his pre UCL-tear form. That’s why I’m pushing for surgery now and a fresh, strong, healthy Matt Harvey ready for 2015.

Realistically, 2014 was shaping up as a season of improvement but it’s unlikely the Mets would have been good enough to make the playoffs. Giving our young talent another year to develop while Harvey rehabs could put us in prime position for a playoff run in 2015. Harvey is only 24 years old, so I guess if there’s ever a time to need surgery, it’s better to get it over with now when he’s young and can recover quicker.

Thank you everyone for the kind words and support. I may be done this year, but I will be back next year for April 1.

We will see what the doctor’s say but for now I’m not going to let this spoil my high hopes for the future. 2013 was a step in the right direction and 2014 should follow suit. I want to make sure that Harvey is 100% by Opening Day 2015 and if that means having surgery now, then so be it.