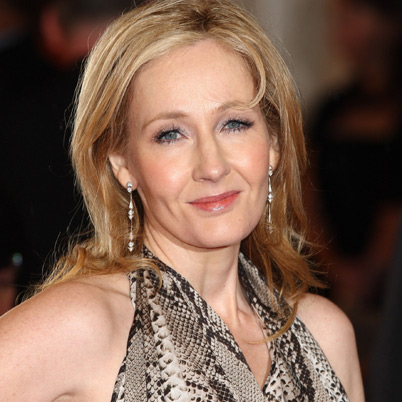 J.K. Rowling is the author of the best-selling book series in history, having sold more than 450 million copies of her Harry Potter series. The last 4 books of the 7-book series set records as the fastest-selling books in history. Warner Brothers took her creation and turned it into an 8-part film series, which would go on to become the highest grossing film series of all-time. The Harry Potter brand is worth an estimated $15 billion and now even includes a theme park.

Since becoming arguably the most successful author in history, J.K. Rowling has published only a few select works mostly geared towards young children. Understandably, her works garner a lot of attention, especially her highly-anticipated novel “The Casual Vacancy,” which was published last year.  Rowling got tired of that pressure, so she released a crime novel, “The Cuckoo’s Calling,” under the pseudonym Robert Galbraith. The novel, by an ex-military man (or so everyone thought) received rave reviews but sold only about 1,500 hardback copies since it’s April release.

Rowling was revealed to be the author over the weekend and since then the book has skyrocketed to the top of sales charts on Barnes & Noble and Amazon in both the U.S. and the UK. Sales increased by more than 507,000% since Sunday! Rowling said she enjoyed writing in anonymity and getting feedback from readers who didn’t have knowledge of her previous works. The problem was that the novel was too good for a debut author and it got people suspicious. Eventually, it was found out that “Robert Galbraith” used an agent, editor and publisher who had worked with Rowling. Her experiment is over and as a consolation she will now sell millions of copies of “The Cuckoo’s Calling” thanks to her profile – not that she needs the money.

Rowling’s experiment got me thinking about a similar story. One time a world famous, classically trained musician brought his violin to Penn Station. People paid hundreds of dollars to see the same man play violin at Carnegie Hall earlier in the month. Predictably, this world famous musician was ignored in the train station. Shouldn’t people have recognized that they were in the presence of musical greatness? People are often in a hurry in a train station but I would hope that I would have stopped and realized that I’m witnessing something I don’t get to see everyday.

I wouldn’t have though. Too often, I find that people need to be told something is good before they can appreciate it. This isn’t always true of course but I recognize this even in my everyday life. When I listen to a new song on YouTube, I begin to form my opinion but I must admit that if I see positive comments at the bottom of the video, it enhances my listening experience and vice versa. Circumstance has everything to do with what perceive as appealing or noteworthy. I am more than capable of deciding what is appealing to me without the input of others but I don’t always do it.

I’m sure many who didn’t think about reading “Galbraith’s” novel will now read it and rave. Maybe even more people currently in the middle of the book will change their opinion now that they know the actual author. The critical acclaim of “The Cuckoo’s Calling” will skyrocket because Rowling is attached – and rightfully so. She’s earned it. But the material is exactly the same. Only the name on the front of the book changed but that won’t stop it from going from the unknown to must-read.

Greatness comes in many different forms, can be found in many different people and isn’t always instantly recognizable. Sometimes it takes a revelation like Rowling’s or the world famous violinists’. Often times, it takes no revelation at all. If you come across something and you think it’s great, then it’s great and that’s it. Simple as that. To each his own and nothing else matters as long as you find whatever it is you’re watching/doing appealing. Sometimes you might be the only person standing in a crowded train station enjoying a violin piece, but if you truly find it great, then you don’t need anyone else’s validation. Thanks J.K. Rowling for that reminder.