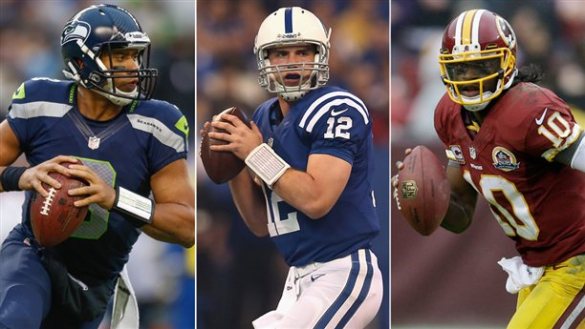 Unfortunately the Giants did not make the playoffs. We ended the season on a high note with a blowout of the Eagles in Andy Reid’s last game as head coach. Philly’s successful onside kick to start the game made it clear how badly Reid wanted to win. But he then proceeded to get blown out of the Meadowlands – a small victory for Giants fans after watching Reid’s Eagles play spoiler on numerous occasions over the last decade and a half.

That felt great but the Giants ultimately came up short of the postseason. The Lions and Packers provided no help but it should not have even come to that. Extremely poor performances in the previous two weeks left the Giants not in control of their own destiny. We’ve become accustomed to playing our best games when the stakes are highest. The 2012 Giants did not live up to that expectation and that’s frustrating and disappointing.

We can’t get too upset though. There are franchises who haven’t seen seasons like 2007 and/or 2011 in decades (e.g. New York Jets). Our expectations have been raised which is the mark of a good franchise but you can’t win them all every year. There’s some pressing issues that need to be addressed but winning 9 games against the schedule we faced is not the end of the world.  I expect Eli and Coughlin to be leading a playoff team next season.

In the meantime, the NFL is gearing up for what has the potential to be an epic postseason. The star power, storylines and match ups are all top notch for a league that just continues to become more and more popular.

First, there are three rookie starting quarterbacks starting a playoff game. As I wrote about back in March, Andrew Luck and Robert Griffin III entered the league with almost unprecedented hype. Luck had the task of replacing a legend (which he has accomplished despite the fact that his predecessor is having an MVP season with his new team) and Griffin needed to live up to his price of three first-round draft picks (which he has done as well). Both have led their respective teams to the playoffs after a 2-14 record (Colts) and 5-11 record (Redskins) in the season before they arrived.

Luck and Griffin have done no wrong and more importantly, this is no fluke. These two stars are the future of the league and despite their rookie status, they are both capable of making a run this postseason. Both are the clear leaders of their teams and their fan bases have embraced them as “the franchise.” Despite the notion that rookie quarterbacks don’t win in the NFL, these two are just two thirds of the whole story. Griffin’s wild card opponent is another rookie with a story that rivals that of Luck and RGIII.

Russel Wilson, an undersized 3rd round pick, beat out Matt Flynn in training camp for the Seahawks starting job. Flynn had just signed a 3-year, $20 million deal but that didn’t stop Wilson from winning over the coaching staff and his teammates. Like his rookie counterparts, Wilson is the clear leader of the team and he has his team playing their best football heading into the playoffs. A threat to run and pass (like RGIII), he has made a strong case for Rookie of the Year – something no one saw coming back in August.

When Griffin and Wilson square off on Sunday, it will be just the second time that two rookie quarterbacks will go head to head in a playoff game. The first time happened last season when Andy Dalton went up against T.J. Yates, who was filling in for an injured Matt Schaub. Sunday will be the first playoff game with two rookie quarterbacks who started at least half of their teams’ games that season. Quite the accomplishment and a testament to the rookie class of 2012 (not to mention Alfred Morris).

Coaches and college systems may be making it easier for rookies to excel at the pro level, but I get the feeling that we won’t see a rookie class like this one for quite some time. The postseason is the perfect venue to showcase all of these talented young arms.

Second, Chuck Pagano and the Colts are facing the Ravens. There are so many great angles to this match up but the most important is Chuck Pagano. He led his team to an emotional win last week in his first game back as coach since taking an indefinite leave of absence to battle leukemia. He is in remission after undergoing three months of treatment and he will coach his team’s playoff game this weekend.

Pagano has become an inspiration to so many and ChuckStrong has become possibly the best storyline of the season. I appreciate Pagano’s strength and his team rallying around their ill coach. There are millions of people fighting the same fight and when they see Pagano stay strong and beat it, it inspires them to do the same. For this reason, I will never tire of media coverage of Pagano’s story and how it ties into the success of his team.

Luck and interim coach Bruce Arians are a large part of the Colts success this season but you got the feeling that the whole team was playing for something bigger and more important than themselves in Pagano’s absence. His return should only energize the team even more and it should be an emotional game on Sunday.

If that isn’t enough of a reason to tune in, Pagano was the defensive coordinator for the Ravens last season. Ray Lewis, who is the face of the Ravens franchise, announced he will retire after this season and is likely playing his last home game. Jim Caldwell, who coached the Colts to a 2-14 record last season, just replaced recently fired Cam Cameron as Ravens offensive coordinator. The Colts used to play in Baltimore until they moved to Indianapolis in 1983. And oh yeah, Andrew Luck will be starting in his first playoff game against Joe Flacco, who just became the first QB ever to make the playoffs in each of his first five seasons. Enough subplots for you? Any sports fan should have an appointment with the TV at 1 pm on Sunday.

Third, Adrian Peterson is on another level. It’s never been done before. An athlete returns from a torn ACL in less than a year and finishes with the best season of his career. I can’t say anything about AP at this point that hasn’t already been said. It’s electric watching him run and it’s nothing live I’ve ever seen before.  He finished 9 yards short of Dickerson’s record but more impressive I think is that he singlehandedly brought his team to the playoffs.

Everyone knows he’s getting the ball and it doesn’t matter – 9-man boxes are no match for Peterson. He had over 1,000 yards this season after contact! According to Pro Football Focus, 189 of his 199 yards on Sunday against Green Bay came after contact. With the season he just had, his presence in the playoffs was mandatory. It will be a tough task to run past the Packers for a second week in a row but if anyone can do it, it’s Peterson.

Finally, we are on track for yet another Brady-Manning classic. Peyton Manning is another phenomenal story that I don’t think a lot of people saw coming – except for maybe Peyton himself. Coming off three times as many offseason neck surgeries than the Chiefs have wins, it was believed that Manning would be a shell of his former, younger, MVP self. Instead Peyton, at age 36, is having one his best seasons ever and has secured home field throughout the playoffs.

Brady is doing what Brady does. The Patriots will always be contenders with Brady and Belichick. Of course last year they made it to the Super Bowl and this year their improved defense and running game  makes them even more dangerous. Brady and Manning meeting in the AFC Championship would be fitting.

Even though Brady is 35 and Manning is 36, they are both still at the top of their game. As NFL fans we deserve at least one more match up between two of the greatest QBs of all-time. Both are having MVP caliber seasons and you could have just as good an argument about Manning and Peterson (and even Brady and Rodgers) with the MVP as you could with Griffin, Wilson, Luck and Morris for Rookie of the Year.

The regular season was fantastic as it always is but with this group competing in the playoffs, we could be in for some real memorable moments and games. On February 3rd, there will be a new Super Bowl Champion and we know it won’t be the Giants, but for any NFL fan this postseason should deliver on all fronts.