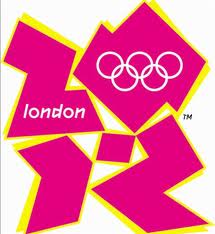 Just as I thought I would be, I’ve been very into the Olympics thus far.  I’m a sucker for the stories and I love sports – so the added drama of athletic competition doesn’t hurt.

It’s hard to imagine the pressure that comes with training for 4 years or longer for the Olympics.  Before you know it (50 seconds in some swimming races), it’s over and if you didn’t succeed, you have to wait another 4 years before you get another chance on the Olympic stage.  On top of that, some of the athletes are as young as 16, which means that they have potentially been training for their entire lives for that moment.  The stakes are high.

With an interest level that matches those stakes, the issue of tape delay has been a topic of debate since the games got under way.  Personally, I don’t like the fact that NBC shows the marquee events on tape delay in prime-time.  In today’s world, it is ridiculous to expect people to wait 5 hours without finding out results.   Twitter is much more prominent that it has ever been and even NBC will tweet out results.  I have seen people try and shelter themselves from the results so that they can watch live but it is so difficult.  Results can be found on any major website, any sports channel on television and twitter just to name a few locations.

My plea to NBC would be to show the events live on the sister cable networks and then re-air them in prime-time on NBC.  This is unrealistic because they would be diluting their audience and missing out on network ratings by directing viewers to cable stations.  That would be a big mistake, speaking in terms of the business side of television, but as an Olympic fan, I can think of no better way to satisfy everyone’s needs given the time difference.

I’ve been watching the prime-time coverage even though I already know the results and it definitely has made it less interesting than it would have been.  When I do catch something in prime-time that I missed the results of earlier in the day, it is exponentially more exciting.  There are live streams of events, which I have tried viewing, but they are lacking the network announcers and they must be watched on a smaller screen.

The bottom line is that there is no substitute for the prime-time coverage and it doesn’t seem to matter how long they delay the video of the events.  It’s just something we will have to deal with and although I wish it weren’t this way, it hasn’t stopped me (or anyone else) from watching.  Don’t expect anything to change because the ratings have been fantastic and ultimately, the content trumps all.  The Olympics themselves are compelling enough to get people to watch no matter if it is live or not.