As a huge sports fan, I know that my teams are going to lose much more often than they are going to win.  But like all sports fans, I wait for those winning moments because those make it all worth it.  I firmly believe that those who don’t follow sports are missing out on an indescribable thrill.  There is nothing quite like fully investing everything you have in something that you don’t have any control over.  That’s another blog for another time though.

This was Syracuse’s year.  From the beginning the Orange was touted as a title contender and some even went as far as to say it was the best team Jim Boeheim ever had.  We got off to the best start in school history and lived at the top of rankings.    That was all too good to be true – after Bernie Fine put Syracuse in the news for all of the wrong reasons, Fab Melo couldn’t keep his grades up.  As a result, he missed a few games in January and we got our first loss of the season. 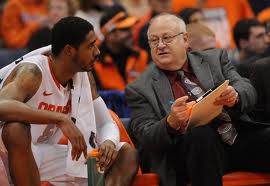 We powered through all of the distractions and somehow remained focused solely on basketball.  Even with Melo missing a couple of regular season games and Bernie Fine in the rear view mirror, Syracuse was ready to make it a March to remember.  The team was basically built for a deep tournament run.  Veteran, long and athletic guards that can extend the zone and get out on fast breaks for easy transition buckets paired with a shutdown center who averaged 5 blocks per game.  Boeheim could mix and match lineups because we were 9 deep with our best player in Dion Waiters coming off the bench.  On top of that, SU could conceivably have had 4 guys who can hit a 3 on the court at all times.

But, just like that, Fab was out and it all vanished. 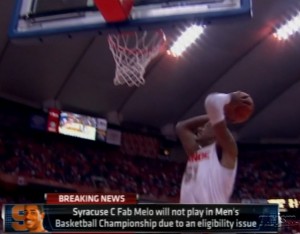 Fab’s lack of effort in the classroom came up again on the Tuesday before the start of the NCAA tournament.  Only this time instead of losing our first game of the season, his absence resulted in our last loss of the season. 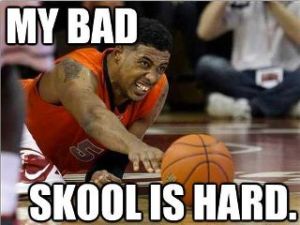 Not often do I feel jealous watching playoffs, championships, Stanley Cups, or Super Bowls after my team has been eliminated.  I accept that they couldn’t get it done and another team did.  This time was different though.  I was so bitter watching the championship game on Monday night between Kentucky and Kansas because all I could think about was how Syracuse should have been there.  Why Fab Why?

I’m still bitter because I know that New Orleans would have been kind to the Orange.  They have history there and this team was the best team Boeheim has had since that 2003 team.  67 of the 68 teams in the tournament lost – we knew that would happen going in.  So I know the odds and I understand that my team is going to lose more than its going to win.  Seedings and rankings don’t matter.  Boeheim was in the stands like every other fan watching while Calipari and Self battled each other for a title for the second time in 5 years.  It’s going to take me a little while to get over what this season could have been.

All that aside, the tournament is great – maybe the best 3 weeks on the sports calendar.  Everyone is involved in every game with their brackets and the intensity and desperation of the players is unmatched.   On any given day, a great team can lose and a mediocre team can win.  You just have to be better than your opponent on the night.  Norfolk State upsetting a title contender in Missouri in the opening round is the reason they play the games.  We’re not far off from a 16 seed beating a 1 seed.  Even though it was a disappointing end to this Syracuse season, the ups and downs are always worth it and the tournament proved that once again this year.