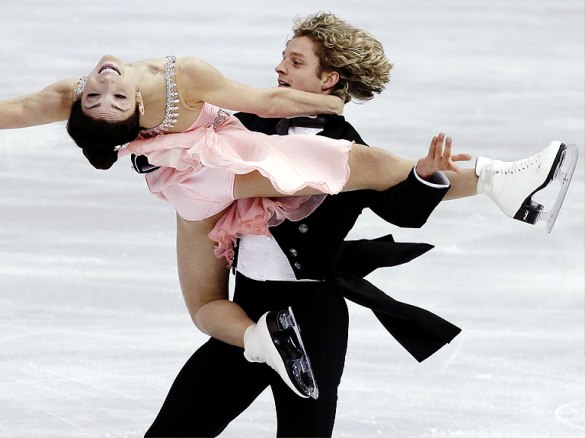 I don’t care about ice dancing. I don’t know anything about the sport and I certainly don’t understand the scoring. Despite these facts, I am enthralled with the ice dancing competition in this year’s winter olympics and there’s only one reason for that – good storytelling.

NBC is smart. They get it. The winter olympics are filled with obscure sports and hard to understand rules. So how they get people interested? Tell them a story. Make us understand where these people came from, how hard they trained, and how difficult what they’re doing actually is.

Enter Meryl Davis and Charlie White. The duo has been skating together for 17 years and they earned the silver medal at the Olympics in 2010. Their arch rivals, a Canadian duo, beat them out in Vancouver. Both pairs train at the same facility in Michigan and even share a coach. After learning all of this, how could I not watch and see what happened.

Adding to the drama is that a 90 second routine will decide their fate after years and years of preparation. That’s a lot of pressure. Couple that with the superbly produced interviews and packages that aired both during olympic primetime coverage and on NBC news, and there’s no way I’m missing it.

Today, Davis and White, set a world record with their score in the long program and they became the first Americans to earn the gold medal in ice dancing. I’m thrilled that I got to watch it and I’m equally thrilled for Davis and White.

That’s the power of good storytelling. It made me seriously invested in an event that I have no history with and that I still know very little about. A compelling story can have a lasting impact and incite positive change. My unexpected interest in ice dancing is an important reminder of that fact.