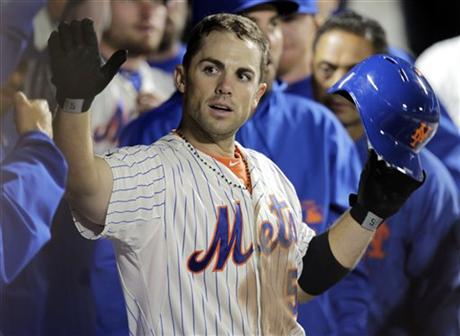 I’ve written about the importance of the Mets resigning Wright at length so it should come as no surprise that I am thrilled that it happened. A 7-year extension worth $122M on top of the $16M owed to him in the upcoming season means he will make $138M through the 2020 season. That’s a lot of money, especially after paying $19M for Jason Bay to go away, but we knew Wright’s price and it is 100% the right move. The face of the franchise remains just that and Wright is on his way to going down as possibly the greatest position player to ever wear a Mets uniform. He will definitely hold every offensive franchise record by the time he is finished.

There’s still a number of holes to fill for 2013 (catchers, bullpen, outfielders to name a few). On top of those, there is also a boatload of question marks (Will Johan be effective? Will the young pitching make an impact? What we will get out of wild cards like Kirk Niewenhuis and Lucas Duda?). Sandy and company have their work cut out for them but I don’t think there are many Mets fans out there upset with this extension. The Wright signing shows the that front office is willing to spend on the future and that’s all I’m asking for. Give me a reason to invest in the team and today they did. Congrats to David and I can’t wait to watch him at Citi Field for the rest of the decade.